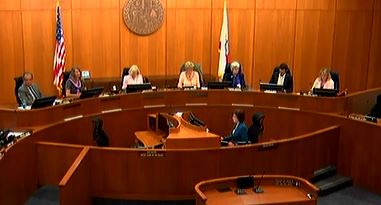 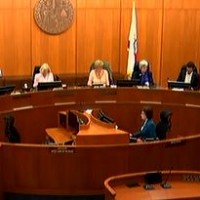 The Ventura Local Agency Formation Commission (LAFCO) was true to form with a 4-3 split vote on February 15th, continuing the delay for the City of Ventura’s Northbank project. Developer Vince Daly provided a historical perspective from 2004 when the property was identified as being in the City Sphere of Influence, not subject to SOAR and zoned residential. Thirteen years later, the project is still waiting for approval, currently stalled by LAFCO’s analysis paralysis.

The Northbank project is a residential development in East Ventura that requires LAFCO approval to annex to the City of Ventura. The project consists of 193 residential units including 123 single family homes, 30 townhomes, 40 apartments and a 5 acre linear park on a 24 acre parcel. Amenities would include a landscaped bicycle trail and a children’s play area.

The site is owned by the Vanoni family, local farmers who have voiced concerns about their agricultural property being surrounded by new residential and industrial developments. Charles Vanoni testified that neighbor complaints about noise and smells have compromised their ability to farm. Mr. Vanoni expressed their inability to “trust due process” considering such a long wait for approval, after they voluntarily participated in the Saticoy and Wells Community planning process at the request of the City.

While LAFCo’s are important in approving annexations and boundary changes for jurisdictions and special districts, the frustration is with the Ventura LAFCo process. The Ventura City Council approved the project’s Tentative Map, following approvals from their Design Review Committee and Planning Commission. This allows the infill project to move forward to the final design stage, an expensive process where City staff and the applicant’s consultants work out highly technical engineering issues. The City is asking LAFCo to approve the annexation to justify that the applicant make this investment.

The 23 page staff report, written for the February Commission meeting by Executive Officer, Kai Luoma, mainly rehashed the same issues that were brought up previously at the November, 2016 Commission meeting. Many of the issues in the letter were considered to be resolved by the City staff and some would be addressed in the final engineering design package.

One of the contentious issues concerned the mapping of the floodplain on the project site. In the staff report, Mr. Luoma states: “It should be noted that LAFCo is required to consider the information provided by VCWPD [Ventura County Watershed Protection District] in making a determination regarding flooding.” While that may be true, does LAFCo have a technical professional on its staff that has the credentials to interpret multiple floodplain studies? The City clearly stated that their technical experts used the VCWPD data in their analysis but were compelled to use the published FEMA maps for floodplain delineation.

Mr. Luoma’s presentation to the Commission was condescending to the City of Ventura staff, speaking for the Saticoy Sanitation District (SSD) and VCWPD on wastewater and flood control issues. It was later revealed that meetings between the City and these agencies had resolved many of the issues through conditions that were to be added to the project. In deliberations, Commissioner Mary Anne Rooney encouraged collaboration between LAFCo staff and the Saticoy Sanitary District and the Watershed Protection District.

Applicants in the Ventura LAFCo process have a disadvantage. While LAFCo staff is allowed unlimited time for their presentation, City of Ventura staff were not allowed to respond to LAFCo assertions until last. Intermediate agencies were asked to testify before the City had the opportunity to refute claims, and the City’s testimony was considered to be public comments, limiting their time. This awkward process made it difficult to get the facts out and seemed prejudicial against the project.

After 2 ½ hours, Commissioner Rooney made a motion of intent to approve the annexation as submitted with a change to one condition of approval and a direction to return on March 15th with a resolution to effectuate the annexation. The motion was seconded but did not pass.

Subsequently, a motion was made by Commissioner John Zaragoza to continue the hearing no later than 70 days and for staff to work with the applicant to resolve issues. It was seconded by Commissioner Carmen Ramirez. Commissioners Ross and Linda Parks voted for the delay with Commissioners Rooney, Parvin and Elaine Freeman dissenting.

In the end analysis paralysis won the day. Both Commissioners Rooney and Freeman expressed the need for clarity in what is expected for a LAFCo approval of the project in advance of the continued hearing. The City of Ventura and the applicants expressed frustration with the process and a skepticism that there would be a significant change in the City’s analysis of the project.

CoLAB would like to see LAFCo become a constructive and collaborative agency, helping jurisdictions to find resolution of issues and reasonable mitigation rather than being the impassable roadblock they have become. Thirteen years is too long for an infill project to be approved, particularly in a city that has a pervasive problem with homelessness. We appreciate the resolve of the City and the applicant and hope that common sense will soon prevail.