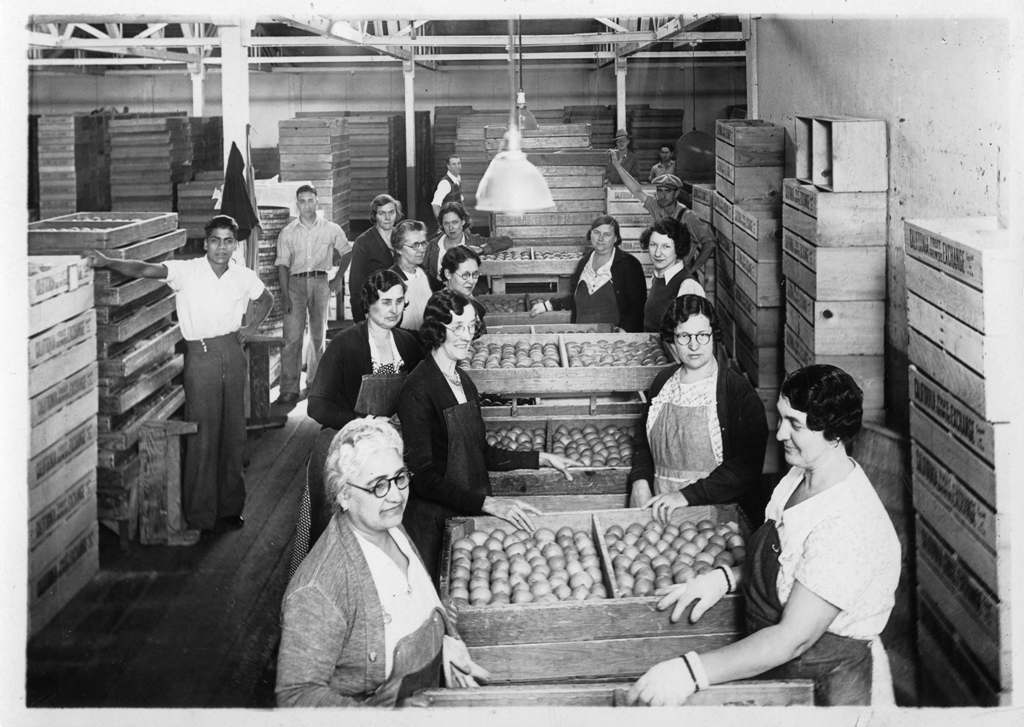 Food Processing in Ventura County was the featured topic at the 19th Annual Meeting of the Economic Development Collaborative of Ventura County (EDC-VC). The presentation revealed the extraordinary economic potential of expanded local food processing. In short, a new study proposed that converting only 223 acres of marginal farmland to processing could bring in over $100 million in new revenue, add thousands of jobs, increase local agricultural land values and lead to a significant expansion of the Ventura County economy.

What was not discussed at the meeting is that the SOAR 2050 countywide ballot measure, if passed, will limit processing on farmland to a mere 12 acres, eliminating the opportunities outlined in this study.

Hatamiya Group President/CEO Lon Hatamiya co-authored the study with the help of Doug Svensson of Applied Development Economics. Other than identifying opportunities for potential expansion, the purpose of the study was to find new ways to secure the long term competitiveness and economic viability of agriculture thereby enhancing our local quality of life.

The study explored how current food trends could bring new economic benefit to existing agriculture in our County.  With increasing demand for locally sourced produce; prepared products that are cut, washed, juiced, blended, mixed, fermented, cooked and bagged or bottled; and the local “farm to fork” movement, how can Ventura County capitalize on such trends?

Citing FoodPro International, ADE, Inc., as a source, Hatamiya described the estimated revenue potential that local food processing facilities could bring with a relatively small footprint. This could mean well over $100 million in revenue before adding in other indirect and induced effects of economic multipliers. As Hatamiya put it, “The value added to the community is beyond three times what is created with the initial production.”

Ventura County needs high paying jobs and the expansion of food processing is an opportunity to increase wages within the industry. The average annual wage for farming is about $30,000 per year.  By comparison, jobs in the food processing industry are higher by almost a third, reaching an average salary closer to $45,000 annually.

The amount of land required to achieve these economic benefits is marginal. The report showed that to add 2,680 jobs would require conversion of 223 acres of land, representing only 0.2% of Ventura County farmland. And the increase in the value of this land would be a net community benefit.

Currently, farm production represents an average crop value of approximately $18,900 per acre.  This is in sharp contrast to the per acre value added by food processing which is closer to $1.4 million.  As Hatamiya repeatedly points out, we are leaving jobs and economic opportunities on the table with regulatory barriers on the agricultural industry.

Present planning regulations limit food processing facility sites to urban industrial land where average prices range from $100,000 to $500,000 per acre. While farmland may reach a high of $100,000 per acre in prime areas, marginal farmland is significantly less expensive. Hatamiya’s report made it clear that less productive agricultural land makes the most economic and logistical sense stating, “I’m sure you can find 200 acres in Ventura County that has water issues, soil quality issues, etc., that could potentially maintain one of these facilities”.

While there are existing allowances for preliminary food processing within Ventura County, including limited cleaning and packing, new permits do not allow processing in a commercial kitchen including juicing, blending, mixing, cooking or bottling. This is where much of the potential for expansion and economic benefit lies.

Hatamiya emphasized the importance of forward, long-term thinking stating that, “In order to maintain the long tradition of agricultural production (in Ventura County), you need to take a look at what the needs are for the future.  Things are changing in terms of consumer demand but also, how do you increase value and how do you keep that value within Ventura County?”

Shortly before taking questions, Hatamiya made a final simple statement that rings true for this presentation and beyond: “There has to be allowance for some diversification for continued economic development”.

CoLAB agrees with the need for diversification of the agricultural economy and supports expansion of the processing of locally grown products in Ventura County. We believe this will create thousands of local jobs and reduce truck traffic caused by the transport of produce out of town.

CoLAB is opposed to the SOAR 2050 countywide ballot measure and in particular to the arbitrary limitation of 12 acres for processing as defined in the measure. This is a shameful missed opportunity and is further evidence of the statement by Dr. Bill Watkins in December’s Ventura County Star that: “the County’s political class (who are the authors of the SOAR ballot measure) do not want to see job growth.”