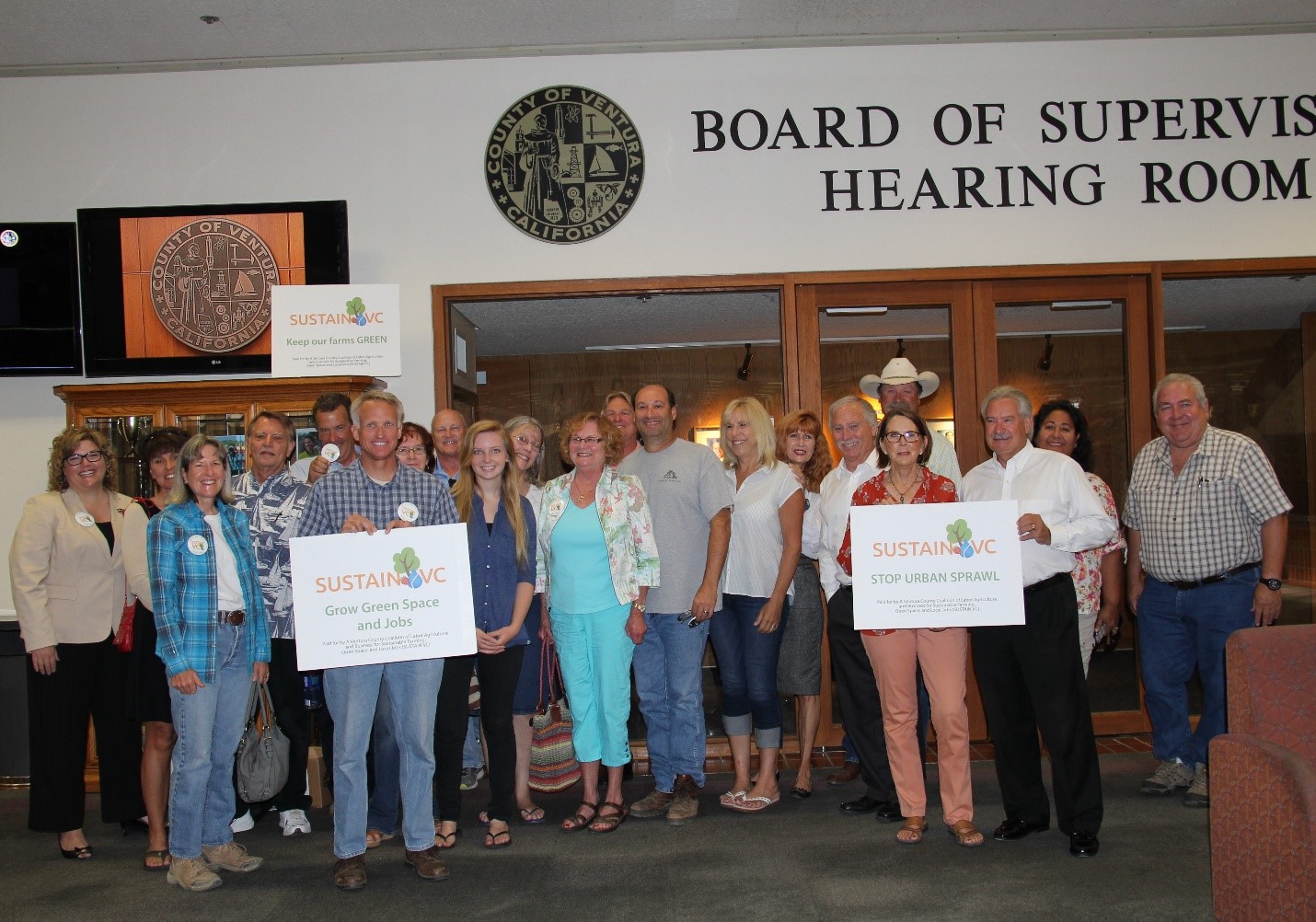 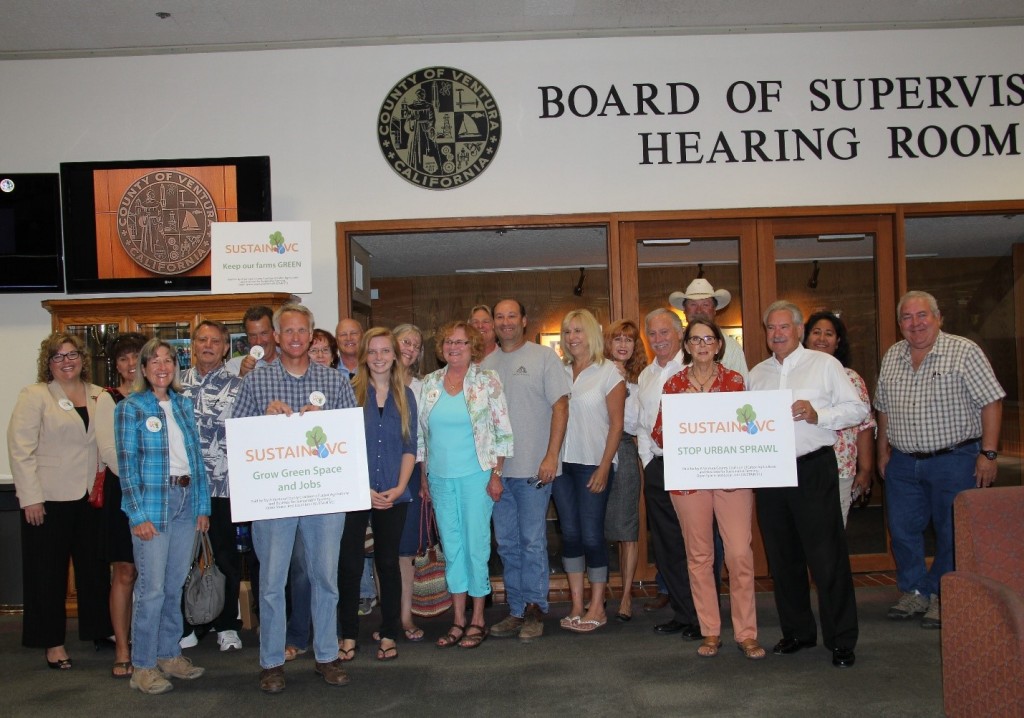 In a unanimous vote by the Board of Supervisors on Tuesday, June 21st, SUSTAIN VC was placed on the ballot, clearing a final hurdle, allowing the voters a choice on November 8th. This ballot measure addresses the concerns of local farmers, representing an agricultural heritage that is unique to Ventura County.

After being qualified by the County Elections Division, the measure was added at the last-minute to a packed agenda of the next available board meeting, prior to a scheduled three-week recess. Being fortunate to be granted a time certain slot by the County CEO’s office, supporters were able to assemble, witness and participate in this historic democratic process.

Four long time farmers and ranchers made short speeches about the need for SUSTAIN VC, in the wake of unprecedented challenges, to local agriculture. Jonathan Pinkerton, John Lamb, Patty Waters and Bud Sloan spoke about their multi-generational roots and the importance of economic viability to the future of local farming, a key element of the “farm-friendly and inclusive” SUSTAIN VC ballot measure. The speeches can be accessed on the SUSTAIN VC Facebook Page which we encourage you to visit and like!

This hurdle was celebrated by supporters considering the organizational and political headwind against our grass-roots group of farmers. Of particular concern was the fact that two of the elected Supervisors, Linda Parks and Steve Bennett, are proponents and board members of the competing countywide SOAR measure. However, after the speeches, the measure was placed on the ballot without comment.

As announced by the Ventura County Elections Division, SUSTAIN VC will be on the ballot as Measure “F” and the countywide SOAR initiative as Measure “C”. The SUSTAIN campaign is in high gear promoting Yes on “F” for Farmers, and No on SOAR’s Measure “C”.

Local voters know intuitively that productive local agriculture is a huge part of our County’s economic base and quality of life. But they have been confused by the disingenuous SOAR claims and messaging as they continue to speak for farmers without their consent. While Measure “F” was written by farmers to Keep Farmers Farming, SOAR’s Measure “C” does NOTHING to help farmers in Ventura County. In fact, they refused to engage in meaningful conversation about the unintended consequences local farmers and ranchers face.

And as expected, SOAR proponents are using their positions on the Board of Supervisors to demonize farmers as much as possible, sinking to a new low to protect their political power. CoLAB predicts that this will get more vigorous as the campaign progresses.

Please take the time to view the following short YouTube video of the U.S. Secretary of Agriculture, Tom Vilsak, sharing his frustration with those who “criticize and demonize” farmers (https://www.youtube.com/watch?v=KjYVTLOJCxo). This post on the SUSTAIN VC Facebook page has gone viral with over 1.6 million reached and climbing.

Please help us support Measure “F” and oppose Measure “C” to get the message of Ventura County’s agricultural industry out to voters by donating online HERE, endorsing, or volunteering. For more information, please visit the website at www.sustainvc.org or call us at (805) 620-7182.