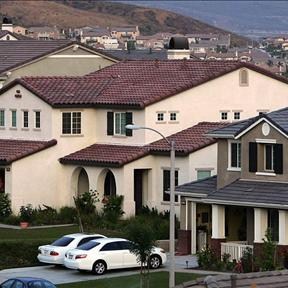 Ventura County’s ongoing housing shortage continues to be a significant drag on the local economy.  Multiple local economists such as Mark Schniepp from the California Economic Forecast in Santa Barbara and Matthew Fienup from CLU have pointed to the lack of housing as one of the main reasons for Ventura County’s stagnant economic growth.

Just this past month, the U.S. Commerce Department’s Bureau of Economic Analysis released a report showing that Ventura County’s economy shrank by 2.7% in 2016.  This is in direct contrast with California’s growth of 2.9% that same year.

Ventura County is thus an extreme example of an affordable housing problem that has already attracted statewide attention.  The state Legislature has grown so concerned about the issue that last year they passed a series of laws requiring counties and cities to ease restrictions on certain types of affordable housing called Accessory Dwelling Units (ADUs).

ADUs, commonly called “granny flats,” are separate dwelling units that can be created by transforming space in an existing residence, converting a garage, constructing an attachment or by building a stand-alone unit. The state law forced local governments to allow the construction of granny flats with certain exceptions and prevented them from requiring onerous parking requirements for their use.

Granny flats are a much needed way to keep families together, creating housing for farmworkers, multi-generational families, college students and recent grads that can’t afford the steep housing prices in the county. They can also be rented to provide extra income. In this way, they provide alternative housing opportunities for areas with significant housing shortages, like Ventura County.

In response to the state’s new mandate, the Ventura County Board of Supervisors passed an emergency ordinance in April to comply with state law while they crafted a permanent ordinance. The existing County standards placed significant restrictions on granny flats, limiting them to residential properties greater than 10,000 square feet (SF). The rules allowed:

The emergency ordinance expanded opportunities for ADUs by reducing the minimum parcel size to 9,000 SF countywide in non-impact areas and increasing the maximum ADU size to 1,200 SF for parcels over 9,000 SF.  CoLAB had been active in advocating for more generous standards and testified on numerous occasions for the need to expand the county’s housing supply and provide housing for aging parents.

At their September 19 meeting, the Board met to craft a permanent version of the emergency ordinance. In a 4-0 vote, they expanded the ability to build new “granny flats” in many parts of the county, but at the same time pushed for new restrictions in areas prone to fire danger. The changes will largely transform the County’s accessory dwelling unit policy from a near-uniform standard countywide to a  skewed system that changes standards depending on the location in the county.

In a departure from their previous approach of a uniform countywide policy, Board members individually directed staff on standards for specific areas. Zaragoza and Bennett agreed to consider minimum lot sizes as low as 6,000 SF in El Rio, Nyeland Acres, Strickland and North Ventura Avenue to benefit lower-income residents in those areas.

Supervisor Bennett also agreed with a staff recommendation to reduce the minimum lot size in the Ojai Traffic Impact Area, which had previously limited second dwelling units to 700 SF  on one  acre parcels.  Bennett recommended lowering the minimum parcel size to 20,000 SF and allow the construction of units up to 900 SF Properties over an acre would now be allowed to build an ADU up to 1,200 SF in size.

On the flip side, Supervisor Parks significantly restricted ADU development in areas within her district, mostly high-income areas, asking the County to restore the old 10,000 sq. ft. minimum lot size in Oak Park, Somis and the unincorporated areas of Thousand Oaks.

The supervisors asked County staff to examine the creation of a Fire Hazard Impact Area, where a different set of regulations would limit ADU development in Ventu Park, Santa Susana Knolls and Box Canyon.  The justification given for the creation of this new impact area was that excessive on street parking would block the narrow, winding streets in these areas and hamper the activities of fire crews.

CoLAB pushed the Board to abandon this idea, arguing that the number of projected ADUs that would be built, 12 total over a decade based on past ADU construction trends, was too small to justify an entirely new impact area.  CoLAB suggested that reexamining the street parking policies in these areas would be a more effective way to achieve the stated goal of ensuring fire crew access to the area.

After County staff has an opportunity to craft the new ordinance, the public will have a chance to weigh in with a series of stakeholder meetings.  From then it will move on to the Planning Commission for approval, and then finally back to Board of Supervisors for final approval.

CoLAB will remain involved in the process, continuing our advocacy for property owners and promoting affordable housing opportunities for county residents.