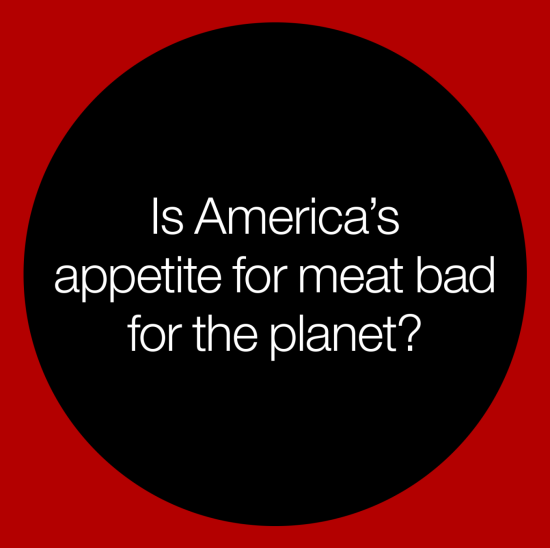 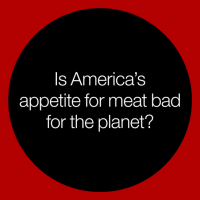 In writing CoLAB articles for five years now, I have noticed a common element in almost every issue we have analyzed: in general, public perception differs greatly from reality. Granted it may be because reality is different depending on how one views the world, but even so, with every issue there are facts that are accepted and those that are disputed.

The issue of whether beef consumption is good or bad for humans and our planet could not be more polarizing. Having read many negative beef articles, when I stumbled randomly across a November, 2014 National Geographic Magazine article by Robert Kunzig entitled “Carnivore’s Dilemma, Is America’s appetite for meat bad for the planet?” my expectations were not high for a balanced discussion. The article begins by posing some opposing points of view: “Unhealthy. Nutritious. Cruel. Delicious. Unsustainable. All-American. In the beef debate there are so many sides.”

Throughout the article there were many “facts”, some quoted below (research supported by the Rockefeller Foundation and members of the National Geographic Society):

Grass-fed beef producers claim that grazing cattle to maturity can benefit the land with “management-intensive” practices that “can draw huge amounts of carbon dioxide out of the atmosphere”. They believe that pasture, managed through rotating cattle in fenced areas can enrich the soil, making the land more productive and leading to a better ecological solution. However, conventional producers claim that they also use rotational grazing but the cattle takes significantly less time to mature, consuming 12 times less energy.

Mr. Kunzig presents his view on the issue of animal cruelty after visiting two slaughterhouses: “The belief that it’s morally wrong to eat animals is appealing, and maybe as a species we’ll get there one day, but it’s hard to square with our evolutionary history as hunters. The deaths I saw at Caviness and at another slaughterhouse I visited seemed quicker and less filled with terror and pain than many deaths administered by hunters must be.” Certainly, this part of the debate is entirely subjective.

With respect to global warming, CoLAB researched the issue in our February 2015 newsletter, analyzing a much quoted study published in 2006 by the UN Food and Agriculture Organization (FAO) entitled “Livestock’s Long Shadow”. The FAO study estimated that the livestock sector was responsible for 18% of world GHGs. This was refuted by researchers at U.C. Davis who in 2009 estimated a 2.7% contribution from developed countries like the U.S. and Western Europe.

Mr. Kunzig confirmed our finding concluding: “The notion that curbing U.S. beef eating might have a big impact on global warming is suspect”, citing a subsequent FAO article that “concluded that beef production accounts for 6% of global greenhouse gas emissions. But if the world abstained entirely from beef, emissions would drop by less than 6%, because more than a third of them come from fertilizer and fossil fuels used in raising and shipping feed grain.” In reality, planting and shipping the grain would continue as farmers would still need to feed a hungry world.

Speaking of feeding a hungry world, one final fact was an eye opener:

So, where’s the beef? The following map from the article shows the world’s meat consumption in calories per capita per day and a chart showing the change in world meat calories from 1961 to 2011. The chart shows that most countries have increased their meat calories (includes mammals and poultry commonly consumed) per day over the 50 year span. The five highest countries in order are: Argentina, France, China, U.K. and U.S. “China eats half as much meat as the U.S., but because two-thirds of its meat has traditionally been high-fat pork, it consumes more total meat calories.”

CoLAB appreciates being able to share such thought provoking articles with our members. For those who are interested in reading the full National Geographic Magazine article with the amazing photography by Brian Finke, please click HERE. 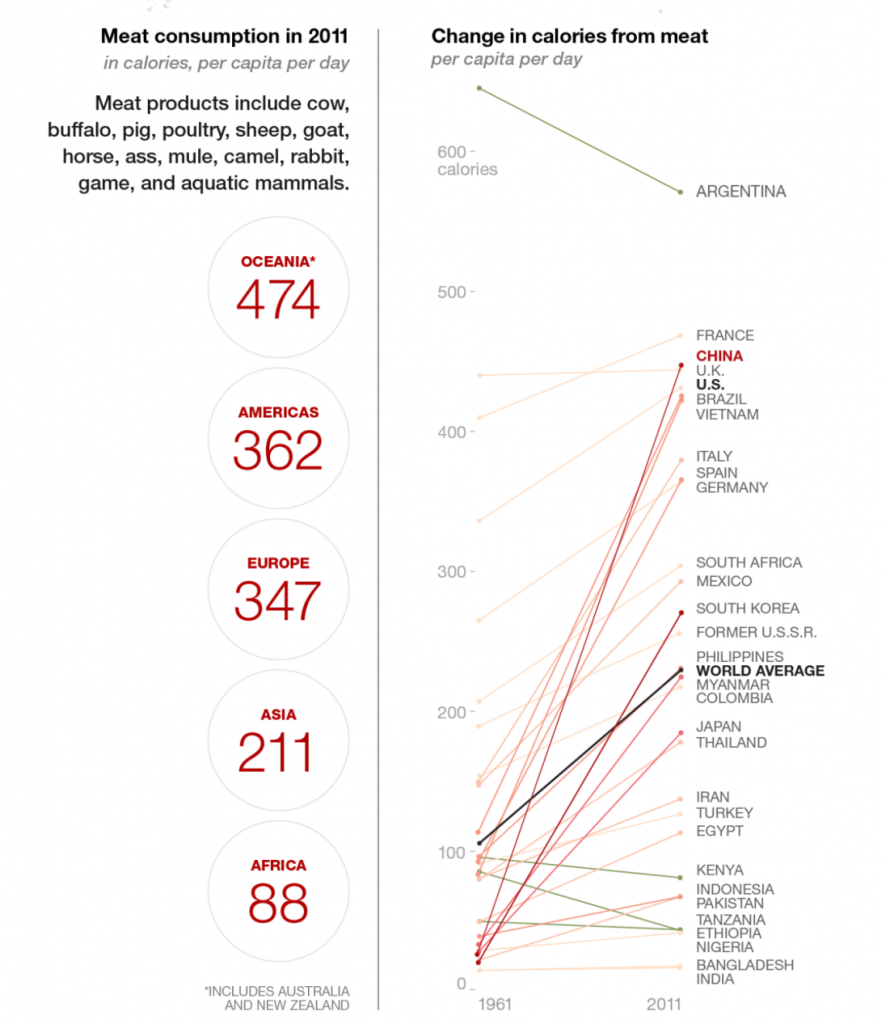