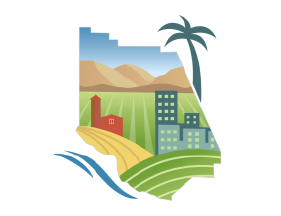 VC CoLAB has been regularly monitoring, attending meetings, testifying and writing comment letters to Ventura County LAFCo (Local Agency Formation Commission) for over a year as they consider amending their policies with respect to agricultural mitigation. The first Agricultural Mitigation Workshop was held on September 10th, 2015 and as we reported in our November newsletter, we were surprised to find that the meeting was not recorded. We then discovered that the Commission, a governmental body tasked with critically important decisions affecting development in our County, did not “typically” record their meetings.

While recording of meetings was supposed to be an item on the October LAFCo agenda, it was delayed until January 20th, 2016. With several Commissioners leading the charge and CoLAB’s sole public comment, the Commission voted 7-0, that all regular meetings, and special meetings if feasible, be recorded, with recordings saved for a minimum of 7 years. However, there was hesitancy by LAFCo Executive Officer, Kai Luoma, to get the recordings onto the Granicus system for public viewing. The regular LAFCo meetings are held in the Board of Supervisors meeting room where meetings have been recorded live since at least 2002.

The Agricultural Mitigation issue was initially brought up by Commissioner and County Supervisor Linda Parks, claiming that agricultural mitigation was not being considered on development projects in Ventura County. Park’s recommendation included that LAFCo set a 1 to 1 standard for mitigation of prime farmland on projects that would require their approval.

The second workshop was held at the Camarillo City Council Chambers on March 24th and was less well attended but recorded. However, meetings cannot yet be viewed live and to review the proceedings you have to make a request and pickup a CD at the County office.

Ventura LAFCo Legal Counsel, Michael Walker presented the highlights of his original presentation at this workshop. CoLAB’s understanding of the main issues is as follows:

Contrary to Parks’ claim, mitigation for conversion of prime agricultural land in Ventura County, with or without a LAFCo action, must go through a CEQA process and consider mitigation including ACEs and in-lieu fees.

Park’s contention that agricultural mitigation hasn’t been required in Ventura County is not the case. Santa Paula’s East Area 1 project, approved by the City of Santa Paula in 2015, included both agricultural and open-space easements as mitigation measures for development. This project was first supported by Santa Paula voters as Measure G in 2008, and had to clear significant hurdles from LAFCo with annexation in 2012.

Because of the high cost of farmland in Ventura County, we believe a 1 to 1 mitigation requirement here is unrealistic and that such a threshold will not pass an economic feasibility test. In the 2015 court case, City of Irvine v. County of Orange, the court found that “the sheer astronomical expense of land supports the finding of the EIR that the purchase of ACEs is a non-starter.”

While there are four California county LAFCos that have adopted 1 to 1 mitigation recommendations, further investigation shows these counties are much different than Ventura County. Agricultural Commissioner Henry Gonzales, in his public comments said: “What other counties have adopted is really apples and oranges, not really a fair comparison with Ventura County.”

A 1 to 1 mitigation standard imposed by LAFCo will largely impact infill development projects within the City Urban Restriction Boundaries, inside city jurisdictions. These projects are part of each city’s general plan and are critical to their economic future. Agricultural lands in these areas may have been designated for urban development and subsequently surrounded by urban uses without adequate buffers to maintain agricultural production in the long term.

Commissioners’ Elaine Freeman and Janice Parvin brought up that a 1 to 1 mitigation standard would impact public works projects such as road widening, schools and infrastructure upgrades. This would add a new layer of complexity and expense to taxpayers. Parvin added that: “1 to 1 mitigation would be pretty disastrous at this point considering the cost of the land.” Mary Anne Rooney commented: “From a public policy perspective, to rely upon 4 counties out of 58 in the State that have a mitigation policy… that are in their infancy… and that the policies are rarely used, why is it necessary that we look at adopting a policy right now for LAFCo”.

In the end Carl Morehouse restated a motion to direct staff to come back with language that could strengthen or clarify CEQA information in LAFCo’s supplement to their guidelines. The target audience is cities, as they do environmental analysis on impacts to agriculture on projects that will require a LAFCo action.

During the workshop, Henry Gonzales said it best: “Is land farmland if it is not farmed?” In terms of the crop report, “Irrigated agriculture and rangeland are actually increasing… The limiting factor is water. Fiscally sustainable agriculture is the best way to preserve farmland.”

CoLAB agrees! And we believe the best and only way to protect agricultural land in Ventura County is to support the business of farming through good agricultural goals and policies in our County general plan.

At LAFCo, we recommended that the Commissioners check out the SUSTAIN VC countywide ballot measure at www.SUSTAINVC.org . San Luis Obispo County has strong general plan policies and we adopted many of their policies into the SUSTAIN VC measure. The measure focuses on keeping our agricultural industry healthy and productive and we encourage you to join us in supporting the effort!