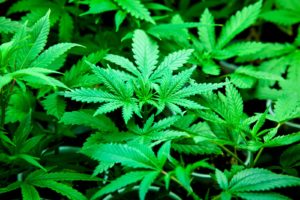 In the wake of the 2016 vote to legalize recreational marijuana use in California, cities across Ventura County are grappling with the question of how to implement it. While most cities and the county have largely banned retail sales and cultivation, some like Port Hueneme and Thousand Oaks have taken a more permissive stance.

The experience of cities to the north in Santa Barbara County, where efforts at full commercialization have been more advanced, and Port Hueneme’s initial foray into legalizing commercial cannabis indicate some potential pitfalls, such as lower than expected revenues, security issues and even unwelcome odors from cannabis cultivation.

In contrast to the activity to our north, the County of Ventura and the cities within have been largely cautious about opening the door to the marijuana industry. In November of 2017, the County banned all commercial cannabis activity except for deliveries from a licensed facility.

However, at the November 7 meeting, the Board directed county staff to come up with regulations that allow for some limited marijuana cultivation, processing and sales. The Board suggested placing the following limits on permits for cannabis facilities:

The Board is scheduled to consider these regulations at the August 7 Board meeting. In addition, the Board will be looking at possible taxes on marijuana sales to fund enforcement efforts.

Cities in the Santa Barbara area have been much more aggressive in considering changes to cannabis regulation, including allowing retail sales, distribution, manufacturing and testing. Beginning in 2017, cities such as Lompoc, and the city and county of Santa Barbara began revising their regulations in light of the passage of Proposition 64, which abolished laws criminalizing recreational marijuana use.

While the initiative removed restrictions on marijuana use and allowed limited cultivation for personal use only, it didn’t address other issues such as distribution, sales or commercial cultivation of what was now a legal drug. Prop 64 largely left those questions to the separate cities and counties, creating different allowed activities depending on where you live.

The state licenses issued in the wake of Prop 64 were temporary, and provisional on operators being in compliance with county ordinances by May 1 of this year. Thus, this year has seen significant activity by local governments to craft ordinances on cannabis cultivation and sales in order to control the process.

On February 27, the Santa Barbara County Board of Supervisors voted to allow commercial cannabis operations in many parts of the unincorporated areas of the county. While the Board placed additional restrictions at subsequent meetings, such as a complete ban on outdoor cultivation in the Coastal Zone, allowing only 8 retail licenses and capping the maximum number of cultivated areas in Carpentaria at 186 acres, county regulations nevertheless allow a broad array of activities, such as cultivation, manufacturing, distribution, and testing.

And the county has plans to profit enormously from it. On June 5, voters approved a series of taxes on gross receipts of cannabis sales, receiving revenue from every stage of the marijuana cultivation process: a 1% tax on nursery sales, a 1% tax on distribution, a 3% tax on manufacturing, a 4% tax on cultivation, and a 6% tax on retail sales. By taxing every stage of production, from growing the plants to selling the processed marijuana, the county could potentially take a cut of 15% of industry. And this is on top of the 15% state excise tax on marijuana retail sales, the $9.25 per ounce dry weight tax, the 7.75% state sales tax and any local sales tax increases.

In Ventura County however, commercial cannabis businesses. Camarillo banned all outdoor cannabis cultivation, and required written consent from property owners for indoor cultivation. Fillmore and Santa Paula both require fees to grow the six plants for personal use allowed under state law, with Fillmore charging $176 and Santa Paula charging $345 along with requiring a site plan.

Ventura, Moorpark, Oxnard and Ojai all allow marijuana deliveries, but otherwise prohibit commercial marijuana cultivation and sales. Thousand Oaks is allowing its first medical marijuana dispensary since voters approved the use of medical marijuana back in 1996, as well as an experimental testing facility.

Some cities are also placing initiatives on the ballot to tax the marijuana industry in a similar manner to Santa Barbara County. On June 4, Oxnard joined Thousand Oaks and Simi Valley in putting the issue before voters in November, with the proposed tax affecting every stage of the marijuana supply chain.

Port Hueneme has become probably the most permissive city in the county regarding marijuana. It has opened the doors to retail sales, testing, distribution and deliveries. It also plans to tax 5% of all gross profits in an attempt to shore up the city’s shaky finances. Eight business have already received or are in the process of receiving permits for operation within the small city. The city is also in exclusive negotiations to sell city-owned property to a company looking to set up a manufacturing and distribution facility.

It is in Santa Barbara’s and Port Hueneme’s experiences so far with marijuana legalization that we can see if there is potential downsides for widespread commercial legalization. While the legal industry is still in its early days, there are signs of trouble ahead.

First, while the impetus for many legalization efforts, and one of the main arguments during the Prop 64 campaign, was tax revenue enhancement, cities may not get as much revenue as they anticipate. Already, Port Hueneme is falling behind on its projected tax revenues, so far collecting roughly half of the $375,000 it had anticipated for its fiscal year ending June 30. For the 2018-2019 fiscal year, it’s an open question whether the city will realize the anticipated $750,000 in revenue.

The state of California as a whole is also falling behind projections for revenue from marijuana sales. In the first quarter of 2018, California collected just $34 million from marijuana sales, about a third of what it had anticipated. It’s not clear what is causing the revenue shortfall, but the complex security and regulatory requirements for legalizing a previously banned substance are likely contributors. It’s also likely that the high combined state and local taxes are preventing a turn away from the black market. As the Santa Barbara example showed, those taxes can reach northwards of 30%.

Another problem facing cities and counties is what to do with the tax money they do receive. Because marijuana use and sale is still illegal at the federal level, states and cities that have legalized marijuana can’t use their traditional revenue collection methods. They can’t place money gathered from cannabis sales in the same accounts as their general revenue, or risk seizure of all their assets by the federal government. Santa Barbara County recently decided to create a separate account with Bank of America to help forestall that possibility.

Another problem that may be facing local governments is the smell associated with marijuana cultivation. This has become a problem in Carpentaria, which has a close urban-agriculture interface. There, marijuana has heavily displaced the local cut flower industry, with greenhouses being converted to marijuana cultivation. The result has been persistent complaints of heavy, skunk like odors from local residents.

There is also the still unresolved and open question on how legalization will affect public safety and how much of the new tax revenue will be needed for enhanced public safety budgets. While cities like Port Hueneme are having their police departments work closely with marijuana businesses on security, the legal industry is still too young, and the persistence of the black market in the face of high taxes still unknown, for the ultimate public safety tab to be predicted with any certainty.

While voters overwhelmingly supported marijuana legalization at the state level, locally, elected officials still seem hesitant to throw the doors wide open to commercial cannabis businesses. Given a lot of the uncertainties and challenges associated with tax revenues, security and the impact on existing agriculture industry, they may be prudent to take a wait-and-see approach.

Any members who are interested in how the proposed marijuana regulations will affect the unincorporated areas of Ventura County should consider attending the August 7 Board meeting.