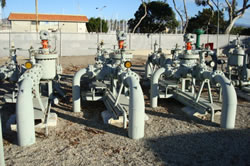 Transportation of oil and gas, whether by ship, train, tanker truck or pipeline, is a critically important part of supplying energy to consumers in California. And given the options, pipelines are generally considered the safest way to transport petroleum products.

After the May, 2015 oil pipeline spill on Refugio State Beach in Santa Barbara County, the 2015-2016 Ventura County Grand Jury filed a report recommending “that the Board of Supervisors require the development of an annual report which summarizes the state of the crude oil pipelines within the County.” The purpose of the reporting would be to identify risks, non-compliance issues and summarize annual spill events and their causes.

Grand Jury facts stated that the regulation of crude oil pipelines is under a myriad of Federal and State agencies with very little oversight by the County of Ventura. The County has two responsibilities: 1) issuance of conditional use permits for new and revised pipelines and 2) first responder authority for emergencies, including pipeline failures.

On June 23, 2016, “a Crimson Pipeline Company pipeline in the City of Ventura spilled approximately 45,000 gallons of crude oil into the Hall Canyon Barranca”, per a letter from Supervisor Steve Bennett to the Board (Agenda item 39, 7-19-16).

While the Bennett letter expressed concerns about airborne toxic substances such as benzene impacting the public health of neighbors exposed to the spill, a letter from the Air Pollution Control District stated that the levels tested from two grab samples from the spill on June 23rd were analyzed and “were well below the levels at which adverse health effects due to short term exposure would be expected” (APCD Memo, 7-12-16).

The spill was linked to a valve replacement on the pipeline. Repairs were made and the pipeline was restarted on July 1st (per email correspondence from CalFire). According to a VC Star editorial on 7-13-16: “…Crimson’s response to community concerns in the past two weeks has, to put it mildly, left a lot to be desired.” Ventura City Manager Mark Watkins wrote a letter admonishing Crimson for not notifying the community in advance of when the pipeline would resume service.

However, Crimson’s key responsibility to the County and City agencies and neighbors was for the emergency response and clean-up, an effort that began immediately. The pipeline restart plan was approved by the State, requiring testing throughout the startup process. The local agencies have no expertise in oil pipeline regulation so why would they be consulted? And what would a lengthy delay in the startup accomplish?

“The response to the recent Ventura spill is an excellent demonstration of how the systems in place worked well to manage risks to the environment. Ongoing planning and training efforts and advanced technical monitoring coupled with multi-agency cooperation enabled containment and cleanup efforts to be in place literally within minutes of the incident. And lessons learned whenever an incident happens help inform and implement new best practices.

Incident response and safety are the highest priority for the industry. The goal is zero incidents – not one drop anywhere but where it should be. While individual pipeline incidents do occur on rare occasions, the overall trend of pipeline safety continues to improve. Pipelines remain the safest, most environmentally sound way to transport this critical energy resource.

Avoiding spills from crude oil pipelines is an important goal for Ventura County to protect residents and the environment. These pipelines are subject to California standards that exceed the minimum federal standards in testing for pipeline integrity, including three new laws passed by our State Legislature in 2015.

Statistics per the California Energy Commission show that Californians collectively consume between 1.8 and 2 million barrels of oil each and every day. Yet we produce less than 40% of it here. Over 60% of our demand (at least 1 million barrels per day) is coming into California over the ocean, transported by tankers that dock at our ports. This oil comes predominantly from middle-eastern countries. By all environmental standards we should be transporting less oil across oceans, a phenomenal waste of energy with an unnecessary risk of pollution by tanker ships.”

The risk of pipeline accidents must be understood in the context of the energy demands of each and every person who lives and/or works in Ventura County. We cannot stick our heads in the sand and pretend we can get along without producing and transporting our own local oil resources.

CoLAB appreciates the Coastal Energy Alliance as a partner as they educate the public on energy issues and advocate to policymakers to further the successful production, distribution, marketing and consumption of local energy resources focusing on Coastal California. The group is a broad cross-section of energy stakeholders, from businesses and labor in the industry to taxpayer advocates and consumers (www.coastalenergyalliance.org/).