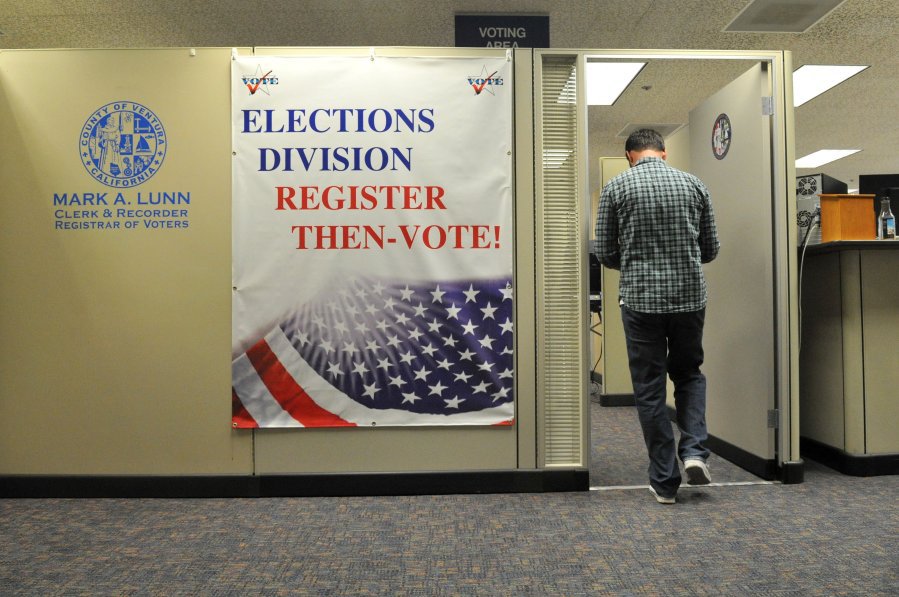 The following is the story of Measure F, our hopes, challenges, results and a reason for optimism for the VC CoLAB organization going forward.

When the SOAR organization announced that the 2016 General Election ballot would include the extension of all of the original initiatives throughout the county by 34 years to 2050, many VC CoLAB members voiced concern about the consequences.

In the beginning, our group thought it would be a great opportunity to work with SOAR. Since their name implied a will to “save agriculture”, we thought they would be eager to help farmers overcome some of these issues to stay economically viable. Surely there would be some common ground.

What we found in the negotiations with SOAR leaders was a no-growth entrenched ideology including a fairy-tale belief that farming can stay exactly the same, using the same technology and infrastructure and all will be well. With SOAR being an established brand name, knowing they had a 20-year head start and a loyal following, there was no motivation on their side for real compromise.

The discussions between SOAR and our group stalled in May of 2015 with a “thanks but no thanks” email from Supervisor Bennett and attorney Richard Francis. Up until that point, we were led to believe that a significant amount of our recommended language would be adopted into the final countywide SOAR initiative. No such confirmation came in the SOAR emails.

With the negotiations over, we asked ourselves, what would a competing Farmer’s SOAR look like? The existing countywide SOAR is actually an amendment to the County General Plan. For the 2040 General Plan update, CoLAB had been researching comparable coastal agricultural counties and we were amazed to find significant regulatory language supportive of agriculture as a business in these plans.

Our Farmer’s SOAR initiative incorporated agricultural language from several California counties including San Luis Obispo and Napa. In addition, it had solutions for farms trapped around schools, processing needs and economic concerns. The initiative was named SUSTAIN VC by a vote of the group and after the signature drive and qualification phase it became Measure F.

From the beginning, we knew it would be a hard-fought battle. But the reality was clear, there was no other organization in the county who would stand up for the economic future of agriculture by offering a reasonable alternative on the 2016 ballot.

Through the Measure F campaign and process, our farmer group recognized that we had many allies in sympathetic business groups and unions across the county. These included the Ventura County Economic Development Association (VCEDA), the Ventura, Oxnard and Camarillo Chambers of Commerce, the Chamber Alliance, labor representatives of the Tri-County Central Labor Council, the Association of Realtors representing Ventura County Coastal and Conejo/Simi/Moorpark as well as the Lincoln Club and others. In total, Measure F was able to raise over $800,000 with 92% coming from local agricultural companies.

Unquestionably the SOAR Organization outspent us, had the advantage of incumbency, a corps of retired volunteers, and were willing to unfairly characterize local farmers as developers in order to win. For SOAR, the ends justified the means and the demonization of local family farmers was relentless.

Politics is a roller-coaster ride with many twists and turns. Our supporters worked tirelessly and we all hoped Measure F would win, but it ultimately fell short. Measure C received 178,831 “Yes” votes (58.5%) and 127,069 “No” votes (41.5%) and Measure F received 139,453 “Yes” votes (45.8%) and 164,839 “No” votes (54.2%). While this was disappointing, we are proud of the fact that we fought the good fight within our budget and throughout the campaign we stayed true to our message of supporting the long-term economic viability of local agriculture.

In looking at the future, we have many accomplishments to be proud of. First and foremost, the following language from our original negotiation was incorporated into SOAR’s countywide Measure C (additions in italics).

D.  For agriculture to be sustainable in Ventura County, it must remain economically viable. This SOAR ordinance seeks to add and improve necessary goals and policies to encourage agriculture to remain viable in the County for the life of the ordinance and beyond.

F.  Open space designations include productive lands that are used for agriculture and grazing. These lands are important to the overall economy of the County and the long-term economic viability of these productive lands shall be supported.

The multi-year long Measure F campaign allowed a rapidly growing and robust social media campaign to get the farmer’s message out to all corners of Ventura County. Many farmers who originally supported SOAR joined our campaign, appearing in videos and mail pieces to explain the difficulties they face. The farm community had a voice to counter SOAR’s false message of being an advocate for agriculture.

The Ventura County Star urged a vote against Measure C stating that they were “distressed to hear the 2050 timeframe was inserted mostly for the benefit of SOAR organizers, because of the difficulty in bringing together the grassroots organization needed to get such measures on the ballot again. That, to us, is a weak justification for such a lengthy extension.” They also urged increased collaboration with farmers to try and achieve a compromise that serves the interests of the local agricultural community.

The Acorn Newspapers, covering Camarillo and East Ventura County, stated that “common sense dictates 34 years is too long for any land-use policy, especially one as rigid as SOAR” and also criticized the lack of farming representation in the SOAR organization. This reinforced their view that some of the policies contained in Measure C are “woefully insufficient to meet the demands of the agricultural industry which wants greater leeway in the handling of their goods.”

The Pacific Coast Business Times issued an outright endorsement of Measure F with a central message that SOAR deprives farmers of the resources they need to plan for their future.

So, although there will be challenges, there are many reasons for optimism even after an isolated setback. Measure F represented a tangible idea that allowed a broad coalition of people and organizations to coalesce around. The next step will be to grow this coalition into an economic force in the county, create a vision for economic prosperity and hold SOAR accountable for the consequences of a less than acceptable countywide ordinance.

The VC CoLAB organization sincerely appreciates those of you who agreed to come along on this journey and take a risk rather than being a spectator without a voice. Thank you for taking a stand with the Measure F Campaign. Onward and upward.