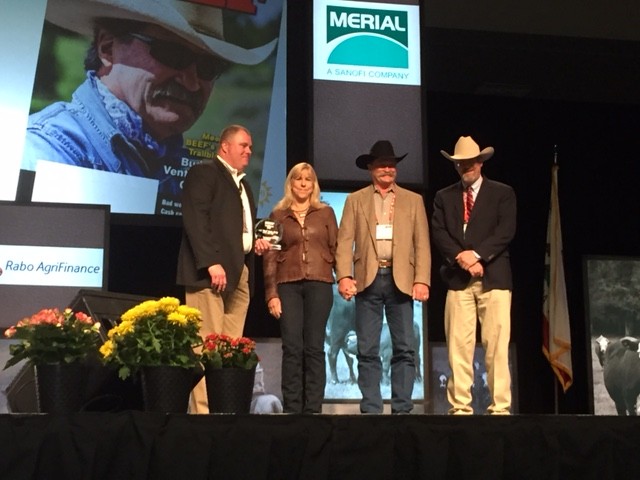 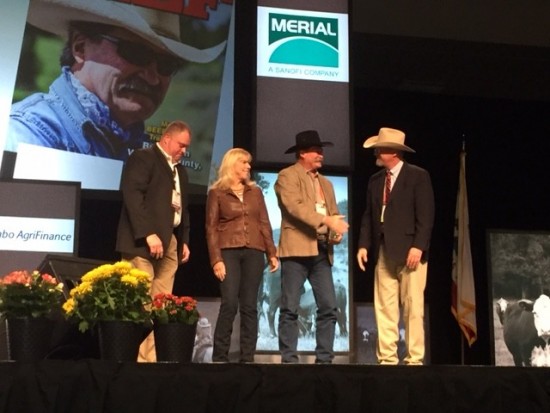 CoLAB Ventura County is proud to announce that our very own President, Dr. Aubrey (Bud) Sloan, DVM, has received BEEF Magazine’s 2015 Trailblazer award for his accomplishments described in an article in the national publication written by Senior Editor, Burt Rutherford.

The article entitled “Bud Sloan is BEEF’s 2015 Trailblazer Award Winner” chronicles Bud’s dedication to the lifestyle he embraces as a third-generation cow-calf producer and beef veterinarian in Ventura County and his frustration with government regulation. The story describes the beginning of the CoLAB organization in Ventura County where Bud recognized that “while ag producers were busy with their daily lives, Ventura was changing… as the L.A. affluent began to escape the crime and other urban problems of the metro area, they moved north. What they found, they liked. As the newcomers found positions in city and county government, they began a movement to ensure that nobody else could move in on top of them. How they’ve gone about it has resulted in a crushing regulatory environment that makes it nearly impossible for ag producers to stay in business.”

Subsequently Bud held meetings and officially formed the organization in 2010 which has now grown to over 400 members. We are thankful to Bud and our Board of Directors for over five years of excellent leadership. And we appreciate BEEF Magazine for recognizing the importance of such extraordinary efforts by Dr. Sloan, the heart and soul of the VC CoLAB organization, and bestowing upon him this prestigious award!