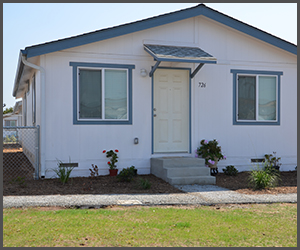 While the severe lack of suitable housing for farmworkers has been a subject of discussion in county meetings for decades, little progress has been made for the majority of workers. This is largely due to regulations that prevent farmworker housing complexes from being approved in unincorporated areas even though they are specifically allowed by ordinance.

A potential step forward would be to create a Farmworker Housing Complex Overlay Zone that identifies parcels in the unincorporated county that have potential for such housing and reduce regulatory barriers for projects. The criteria for this overlay zone should be developed in collaboration with farmworker housing organizations, non-profit agricultural advocacy groups and agricultural industry stakeholders.

Farmworker housing is critical to our local agricultural industry. In recognition of the impact on farmers and workers, VC Colab collaborated with the SOAR Organization on policy language to support infrastructure for farmworker housing projects in the unincorporated county. While the language was ultimately adopted in the 2016 ballot measure, we are finding that such housing projects are still subject to a county permit process that has overwhelming obstacles.

Clearing the obstacles will require meaningful changes to the general plan, zoning and building ordinances to allow connection to sewer and water infrastructure. In addition, local agencies must coordinate on favorable interpretations of existing planning, building and annexation policies.

The timing with the ongoing general plan update process presents a unique opportunity for County Supervisors to collaborate with the agricultural industry in support of housing for these important county workers.
There are four new policies that show increasing support for farmworker housing complexes on agricultural lands in Ventura County.

The most recent is the language negotiated by CoLAB in the 2016 Countywide SOAR ordinance, adding a goal directly to the general plan: “Subject to state law, the Guidelines for Orderly Development, and applicable zoning requirements, actively promote infrastructure, sized not larger than necessary for the specific project, for farmworker housing to support the continuing viability of agriculture.” This can apply to lands designated “Agricultural” of which there are roughly 96,000 acres across the County.

Given these policies supporting farmworker housing, why has there been so little farmworker housing built in the unincorporated county? The answer - County ordinances allowing housing complexes conflict with regulations controlling support infrastructure like water, sewer and wastewater services and annexation to these districts are subject to multiple agencies and may require a city SOAR vote.

In addition, environmental guidelines have difficult mitigation requirements for building on agricultural lands, even if the projects are vitally important to the very farmers who farm on the lands.

Despite 21 references to farmworkers in the existing county General Plan and 62 references in the Non-Coastal Zoning Ordinance, very little farmworker housing has been built in the county unincorporated areas considering the estimated 20,000 - 30,000 local agricultural workers. It is time for the County of Ventura to move forward with a plan to expedite approvals and partner with the agricultural industry in their important contribution to the economy and quality of life in Ventura County.