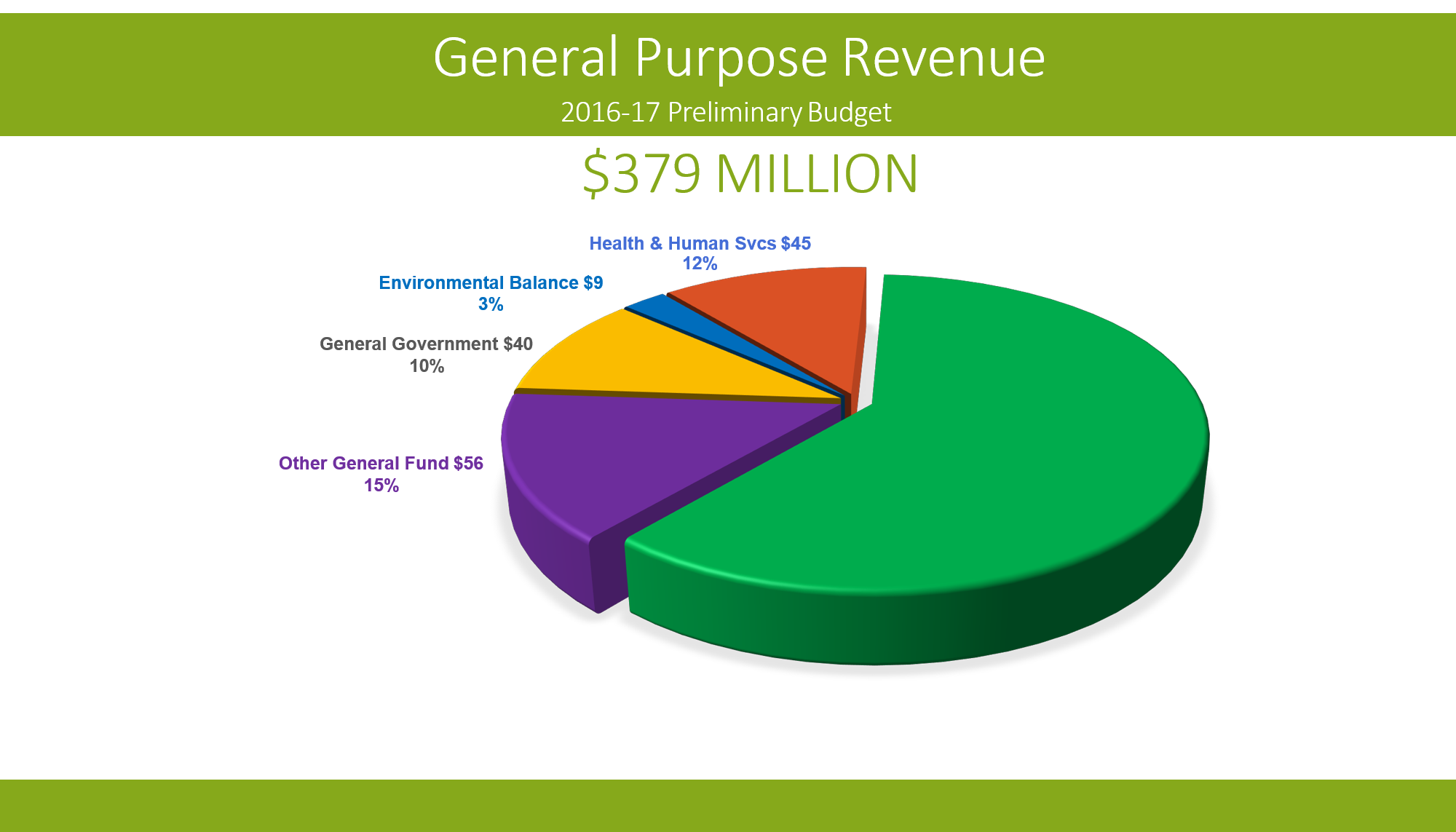 The County of Ventura continues to experience a positive budget outlook, although the County still faces challenges from unfunded state mandates and pension obligations, according to a State of the County presentation given by County CEO Mike Powers at the Ventura County Taxpayers Association Annual Luncheon.

Powers spoke before a diverse mix of business owners, community activists, heads of non-profits, Chambers of Commerce members and county employees. The luncheon is an annual event put on to support the Ventura County Taxpayers Association, which advocates for effective and efficient local government and investigates issues that have a fiscal impact on Ventura County taxpayers.

The county government has approved a $70.8 million increase to its total budget since the 2016-2017 fiscal year, bringing the county’s total spending $2.24 billion. Only 49% of the budget is made up of the unrestricted spending found in the General Fund. Other programs with a dedicated source of revenue for their operations make up the rest, including the Ventura County Medical Center (24%), the Fire Protection District (8%), and the Watershed Protection District (3%).

The General Fund saw a 4.8% increase from last year, helped in large part by a 4.6% increase in property tax revenue, bringing the total General Fund revenue to $397 million. Public safety accounts for 60% of General Purpose Revenue spending, with 12% going to Health and Human Services and 10% going to general government costs.

Powers emphasized the work the County had done to maintain its fiscal health, pointing to their AAA credit rating from Moody’s. He also noted that the County had increased its budget reserves to their highest level, totaling $172 million. Powers also highlighted the $28.6 million in ongoing savings from the County’s workplace efficiency programs, as well as the reduction in staff positions.

The County is also investing in multiple capital projects. A 60-bed Mental and Medical Health Unit is being built at the Todd Road Jail for $61 million, as well as $700,000 in improvements to Medical Examiner’s facility. Other projects will see the County building a new library in East Ventura on Hill Street in addition to new fire stations in Newbury Park, Fillmore and Ojai. The County is also spending $750,000 for a disability leave of absence tracking system and a return to work program.

In spite of the growing budget and positive fiscal situation of the County, Powers noted that there were still serious challenges ahead.  The state continues to push responsibility for funding state mandates down to the local level through California’s Realignment program. The state has shifted costs to the counties for In Home Support Services, CalWORKS and Cal Fresh, among other programs.

In addition, state laws easing parole conditions for felons have increased the need for more public safety resources at the local level. Ventura County appears to be making progress on this front relative to the state, with the county’s recidivism rate at 56%, which is far lower than the 70% rate seen for inmates in state prisons.  The county has also made progress in reducing juvenile arrests, which decreased 58% between 2008 and 2014.

A major fiscal challenge still looms over the horizon in the form of the County’s unfunded pension obligation. Ventura County has done a much better job at controlling pension costs than many local governments or the state, where the CalPERS system is only 69% funded. However, even the County’s 85% funding rate means that taxpayers are on the hook for millions of dollars. In addition, the County’s assumption of a 7.5% rate of return is still unrealistic according to many economists even after being recently lowered from 7.75%

On the positive side, the County’s share of pension contributions is supposed to decline slightly over the next four years, with County employees expecting to pitch in a greater share. However, if the rate of return on the County’s pension fund falls short of expectations, then that number will rise.

In spite of some fiscal challenges, the County government has managed its budget responsibly over the past several years. Its transparency efforts have been welcome as well, from its adoption of early releases of board agendas to their willingness to engage with government watchdog groups like the Ventura County Taxpayers Association and Ventura County CoLAB.  We look forward to working more with the County and VCTA on these important issues in the future.