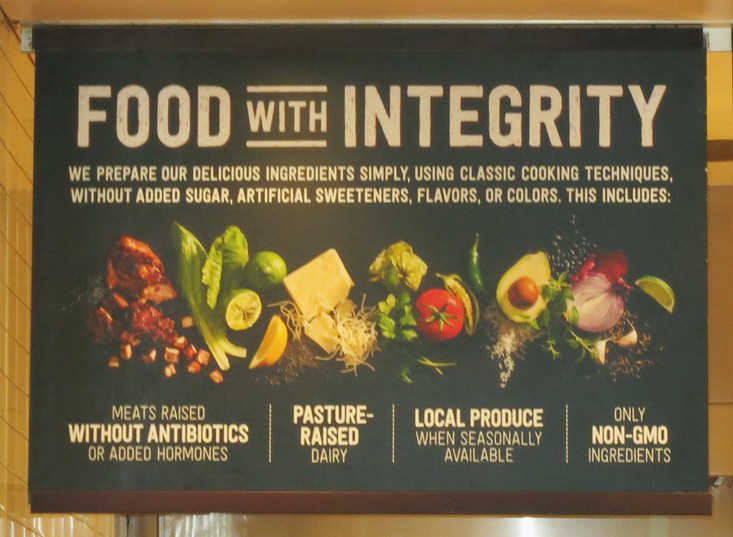 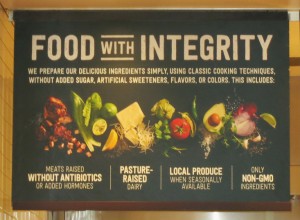 A rash of articles in December, published right before the holiday break, headlines the recent troubles of Chipotle Mexican Grill. Being an occasional Chipotle lunch customer, I have enjoyed the food, but have always been skeptical of the “all-natural”, “responsibly-raised” marketing tactics as described in a December 22nd Wall Street Journal opinion piece: “A Chipotle Education: The all-natural evangelicals get an E. coli reality check”. The most critical was a December 14th Forbes opinion article by Henry Miller: “Chipotle: The Long Defeat of Doing Nothing Well”. A thorough article was also published on December 22nd by Ted Cavanaugh of Bloomberg Business: “Inside Chipotle’s Contamination Crisis – Smugness and happy talk about sustainability aren’t working.”

The jist of the articles expose the extent of foodborne illness as described by the WSJ: “Since July the burrito seller has been connected to five outbreaks (of E. coli) spanning several states. At least 50 customers have munched on something laced with E. coli, and more than 120 in Boston came down with gastrointestinal norovirus.” One of the norovirus outbreaks was in Simi Valley apparently caused by breaches in protocol. Even so, this story has not generated much of a buzz in our local community.

On January 6, 2016, a Wall Street Journal article reported new details: “Federal authorities are conducting a criminal probe tied to an outbreak of foodborne disease… The company said in a securities filing Wednesday that it was served with a grand jury subpoena in December seeking information about a norovirus outbreak at a Simi Valley, Calif., restaurant in August that sickened 234 people, including 17 employees.” The article quoted “Doug Beach, a spokesman for the Ventura County Environmental Health Division, which oversees restaurant inspections in the area including Simi Valley… Mr. Beach said, Its a total surprise to us that a federal agency would be interested in a case in Ventura County… Mr. Beach said Chipotle knew that at least one employee in the Simi Valley restaurant was complaining of gastrointestinal illness, and that the company continued to serve food at that location for two days.”

Reading the first three articles prompted me to take an unofficial poll on the subject with my friends and family over the holiday. To my surprise, many were unaware of the outbreaks and two reacted by saying it must be sabotage by competitors. So goes the strength of Chipotle’s marketing campaign in convincing their loyal customers of their food ideology, promising “food with integrity”.

While marketing the ideology is partly responsible for their success to date, it is also the reason for the harsh tone of the articles directed at Chipotle. Miller of Forbes stated: “The Company found it could pass off a fast food menu stacked with high-calorie, sodium rich options as higher quality and more nutritious because the meals were made with locally grown, genetic engineering free ingredients”. The message, slamming their competitors for their practices, is nothing short of smug as described by Cavanaugh of Bloomberg: “It’s grown into a chain of more than 1,900 locations, thanks in part to marketing – including short animated films about the evils of industrial agriculture – that reminds customers that its fresh ingredients and naturally raised meats are better than the rival’s and better for the world”. This ideology is clashing with reality for Chipotle.

Cavanaugh continued: “At Chipotle, three different pathogens caused five known outbreaks. That wasn’t inevitable or coincidental. There’s a problem with the company, says Michael Doyle, the director for food safety at the University of Georgia.” Forbes was more critical saying: “These episodes reveal several things. First and foremost, Chipotle is a company so out of control and negligent that it repeatedly endangers the public. But they also illustrate something important about food safety: Although the crops, meats and other foods produced by modern conventional agricultural technologies may not bring to mind a sentimental Norman Rockwell painting, they are on the average safer than food that reflects pandering to current fads.”

In terms of Chipotle’s reaction to the crisis in confidence, Bloomberg reports: “Steve Ells, Chipotle’s founder and co-chief executive, went on the Today show on Dec. 10, apologized to everyone who’d fallen ill, and announced a comprehensive food-safety program that he said would far exceed industry norms… Chipotle has said it would shift to more food preparation out of restaurants and into centralized kitchens – that is it will do things more like the fast-food chains it’s long mocked”.

Just check out the Chipotle website for their ideology: “Every choice we make—about who we work with, what we serve, and what we stand for—affects the bigger picture: the health of the planet. Nutrient-rich soil reduces the need for pesticides and synthetic fertilizers, buying locally reduces vehicle emissions from transportation, and humane animal husbandry means diminished reliance on antibiotics. As we strive each day to be better, we keep in mind that everything is connected.” Also: “We source from farms rather than factories, and spend a lot more on our ingredients than many other restaurants.” After all of the contamination events, this language boldly remains on the Chipotle website.

While it is easy to build a marketing case against the “industrialization of agriculture”, in reality, farming includes a variety of technology and farmers differ in which agricultural practices they believe will be safe and sustainable in the long run. In Ventura County there are over 50 crops grown commercially by a wide range of farm entities on properties of a few acres to thousands of acres. No amount of trendy language and buzz words will make up for ethical farming and ranching which is the vast majority of American agronomist practice. One thing is certain, food safety practices are number one for farmers, ranchers and the markets and restaurants they supply. For Chipotle, they will need to evaluate every step of their processes for food safety and in the end their customers will decide their fate.