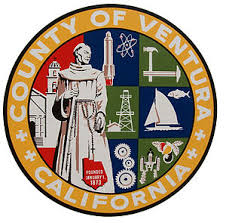 In a decision on April 11th, the Board of Supervisors voted 3-2 to remove newly nominated Commissioner Bruce Smith from the Ventura County Planning Commission. The Smith appointment by Supervisor Steve Bennett was initially approved at a February Board hearing where Supervisor’s Peter Foy and Kelly Long were absent. Smith is a 35 year veteran of the Ventura County Planning Division who retired as the manager of long-range planning.

After learning of the appointment during his absence, Supervisor Foy questioned whether it was appropriate for a veteran insider in the Planning Division to become a Planning Commissioner representing the area he used to manage. He also clearly stated that his concerns were not with Mr. Smith personally.

In comments to Kathleen Wilson of the Ventura County Star, Supervisor Bennett claimed that “powerful enemies” and “anti-SOAR” forces were orchestrating a campaign against his appointment and named CoLAB as the opposition.

It is not the first time Supervisor Bennett has made false accusations about CoLAB to his followers and the media, but this was too blatant for us to ignore. We believe the Star needs to be sure that “powerful” supervisors are held accountable, not allowing them to make unchecked false accusations and being sure to invite those targeted to comment.

In response to Kathleen Wilson’s article, we sent a “Letter to the Editor” to set the record straight. Below we included a link to the original Star article and our response letter for your viewing:

In an email alert to his followers, Supervisor Steve Bennett made several false claims and accusations in defense of Bruce Smith, his appointee to the Ventura County Planning Commission.

The email wrongly blamed CoLAB and SOAR opponents for a board agenda item seeking to remove Smith from the commission. In comments to The Star, Mr. Bennett denounced the “powerful enemies” behind the effort to remove Smith and named CoLAB as being among them. The Star printed these comments without contacting CoLAB for a response. In fact, CoLAB was surprised by the agenda item and took no position at the Board of Supervisors hearing.

Supervisor Peter Foy objected to the appointment of a 35 year veteran and manager in the Planning Division to the Planning Commission, an argument Bennett claimed in his email was “meritless.” However, two of his fellow supervisors found merit in Foy’s arguments and voted to remove Smith from the commission. This included Supervisor Linda Parks, who is a SOAR board member.

Bennett claimed that without Smith on the Planning Commission, SOAR would somehow be watered down in the county general plan. This is patently false. The language of the SOAR initiative will be added word for word to the updated general plan. Nothing can be changed until 2050 without a vote of the people.

In review, CoLAB believes supervisors Foy, Parks and Kelly Long got this one right. Ironically, Bennett’s supporters testifying for the Smith appointment included other retired managers from the Planning Division. Filling the commission with lifelong regulators would obliterate the purpose stated in the Planning Commission Handbook to add “the view of the ordinary citizen” to the planning process. We thank Supervisor Foy for his leadership and vision on this issue.

Editor: The author is executive director of the Ventura County Coalition of Labor, Agriculture and Business (CoLAB).